A superannuation pension shall be granted to a Government servant who is retired on his attaining the age of 60 years.

Invalid Pension may be granted if a Government servant applies for retirement from the service on account of any bodily or mental infirmity which permanently incapacitates him/her for the service. The request for invalid pension has to be supported by medical report from the competent medical board.

If a Government servant is selected for discharge owing to the abolition of a permanent post, he shall, unless he is appointed to another post the conditions of which are deemed by the authority competent to discharge him/her to be at least equal to those of his own, have the option-

Compensation, Invalid and Superannuation gratuity of an amount not exceeding one full month's pay for every completed year of service was admissible for Inferior Service if the qualifying service on discharge or retirement was less than 25 years and pension for service of 25 years and more. In case of Superior Service the gratuity was admissible for the service of less than 10 years of qualifying service and pension if service was for 10 years or more.

Family pension is granted to the widow / widower and where there is no widow / widower to the children of a Government servant who entered in service in a pensionable establishment on or after 01/01/1964 but on or before 31.01.2005 .
Provisional Family Pension / Disability Pension / Invalid Pension / DCRG is also extended to the family of the deceased Govt Employee/ Disabled Govt Employee who are covered under New Pension Scheme.
Family pension is payable to the children up to 18 years of age (in case of son) and up to 21 years of age or marriage which ever is earlier (in case of daughter).
Family Pension is also payable to the dependent parents/ brother(s) (up to 18 years of age) / sister(s) (up to 21 years of age or marriage which ever is earlier) of a deceased Government servent where there is no claimenti.e spouse or child for Family Pension alive.
If the son or daughter, of a Government servant is suffering from any disorder or disability of mind or is physically crippled or disabled so as to render him or her unable to earn a living, the family pension can continue to be paid for life time subject to the fullfilment of conditions as laid down in Govt Notification for Disability Pension. 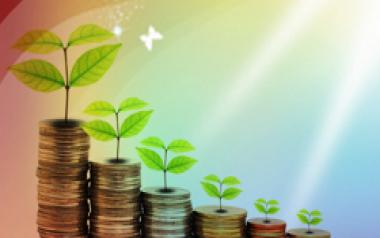